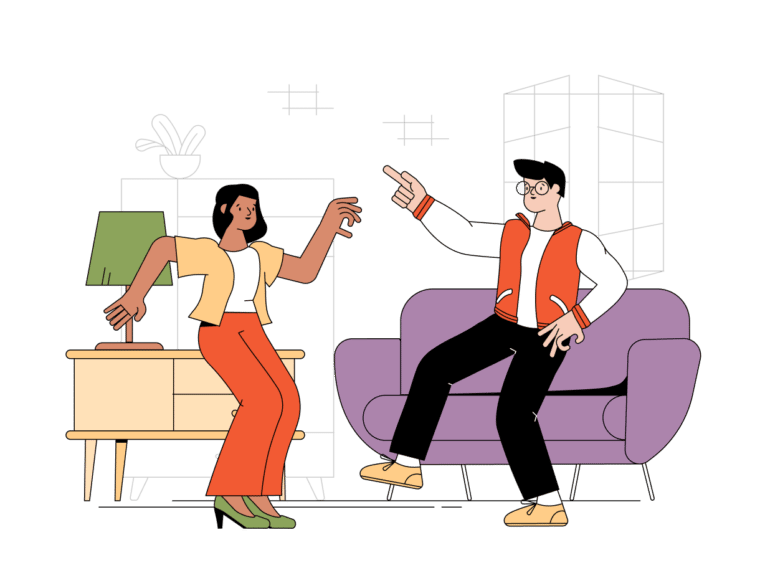 Remote work, aka telecommuting, is now considered a sustainable option in delivering services no matter where you are stationed, including your home.

The setup benefited both the workers and organizations in many ways and was quickly accepted as the new norm when companies needed to implement it. It lowered employee turnover rate, boosted productivity due to more flexible time, and allowed more considerable savings due to saved resources.

Aside from the many benefits of working from home, this particular setup also positively impacts the environment. That’s why it’s safe to say that remote work does help not only companies and employees but also the planet.

With that said, here are the top 8 environmental benefits of remote work:

Many people move to the big city to find better career options. Despite having a big or comfortable house in rural areas, they make the jump and rent smaller spaces in the city. Moreover, despite the high living costs, living closer to their workplaces still allows them to save money from their daily commute.

Data from the US Census Bureau in 2016 stated that around 80 percent of people in the US live in urban areas. Yet, not all these people love their living conditions and prefer other options if given a choice. Fortunately, they now have that choice, thanks to being able to work remotely.

According to the survey conducted by Gallup, 12 percent of Americans preferred living in a big city. In comparison, 27 percent of the respondents would opt to move into a rural area. Most of those who would like to stay in the city are young millennials. On the other hand, the rural areas are more appealing to people aged 50 and above.

Fewer people living in the city would also decrease pollution and allow big cities to go greener. According to a study, urbanization comprises about 5 percent of greenhouse emissions, with the top reason attributed to deforestation.

With people moving to smaller towns, they will have a chance to develop and attract more individuals to choose rural life. The decentralization will benefit the environment and improve everyone’s quality of life.

Too many people living in the city have also negatively impacted the air quality in these areas, with air pollution at an all-time high in urban areas. For example, larger populations have increased air pollution at alarming rates in megacities, such as Delhi and Beijing.

They get high levels of gas emissions every day that contribute to air pollution. Air pollution also comprises above 3.3 million deaths each year. According to data, it causes more deaths than influenza, malaria, and HIV combined.

Respiratory conditions, including infections and asthma, aggravate due to nitrogen dioxide coming from highway vehicles. So, the fewer vehicles there are on the road, the better people’s health and state of the environment would become.

Moreover, with fewer people commuting or using their cars to go to work, there will also be lower gas emissions that can help improve air quality. According to a study by the Journal of Geophysical Research: Atmospheres, air pollution experienced a lingering decline after the rise of workers telecommuting due to the pandemic.

Restrictions imposed in the US in the spring of 2020 due to the virus scare caused a decrease in nitrogen oxide emission. This is attributed to lower numbers of vehicles on the road. The emission from transportation remained low even after the restrictions were eased in the latter part of 2020.

What’s so alarming about nitrogen oxide is that it converts to nitrogen dioxide, which causes respiratory health concerns aggravation. After lockdowns had been lifted in the US, around 25 percent of the working sector remained remote, making it possible to contain greenhouse emissions at lower levels.

Aside from being able to save money on gas or public transport when you work remotely, you can also help the environment since fewer vehicles on the road means lower levels of air pollutants.

You are also reducing your carbon footprint in this kind of setup. There will be fewer greenhouse gas emissions when you don’t commute often. Greenhouse gases warm the planet by trapping heat in the atmosphere.

The greenhouse effect is caused by gases, including naturally-occurring water vapor, nitrous oxide, methane, carbon dioxide, and synthetically-produced fluorinated gases. They have varying chemical properties that get eliminated from the atmosphere by various processes as years pass by.

For example, sunlight in the far upper atmosphere destroys fluorinated gases. On the other hand, carbon dioxide is absorbed by the ocean, soil, and plants – elements also referred to as carbon sinks. To date, carbon dioxide is one of the longest-lasting and the most abundant artificial greenhouse gas emissions caused by human activities.

The emission increased by 1.6 percent in 2017 and 2.7 percent in 2018. Greenhouse gas emissions caused by humans are typically caused by climate policy, technology, land use patterns, energy use, lifestyle, economic activity, and population size.

Around 14 percent of the greenhouse gas emissions worldwide are due to the burning of petroleum-based fuels, such as diesel and gasoline. In the USA, the problem arose as people were convinced to take more flights, buy larger cars, and use them often since the gas prices are low.

This paved the way for transportation to become the most significant contributor to the problem. More than 80 percent of carbon-related emissions are caused by trucks and cars globally.

The current numbers of remote workers in the US contribute to the 3.6 million tons decrease of greenhouses gas emissions each year. The number is as good as planting 91 million to combat the problem.

Another good thing about working on a remote setup is that most communication is done online. People send and receive digital files for their correspondence. It’s also rarer to have workers print files and send them since attaching digital signatures to computerized or online-generated files is now possible.

Aside from that, when you have to print at home, you would use your own printer and be required to go easy since you will shoulder its maintenance and ink. The setup eases the 247 trillion paper sheets getting disposed of each year.

Data from the Minnesota Office of Environmental Assistance estimates that average workers in an office setup account for 10,000 sheets of paper used annually. The numbers are equivalent to 40 percent of the garbage in the country as per the US Environmental Protection Agency.

People have used fossil fuels for years, particularly for fueling transportation and electricity or heat. The total energy used to provide electricity and heat in businesses, homes, industries, and run cars in the US accounts for 81 percent sourced from natural gas, oil, and coal.

The data was gathered from the National Academies of Sciences. For the last 20 years, fossil fuels have caused around 3/4 of the fossil fuel emissions caused by humans. The problem lies with fossil fuels being non-renewable energy sources.

Scientists continue to find solutions on how to reduce fossil fuels consumption. For one, researchers from Stanford University are trying to perfect the carbon capture and sequestration process.

The process would remove carbon dioxide from the atmosphere and store them underground. There are also ongoing experiments by the University of Bath in the UK and the Stanford team on developing renewable plastic by combining sugar and carbon dioxide.

While science experts are doing their share, you can also do yours by telecommuting. Since you are no longer required to use public transport or your own vehicle to go to work every day, you contribute to the decreased usage of petroleum products. Petroleum products comprise up to 90 percent of the fuel used for transport.

In 2017, it was estimated by the US Energy Information Administration that around 392 million gallons of gasoline are used each day by people in the country. Staying at home most of the time and limiting your gasoline use make a huge difference in the numbers.

While not many would admit to it, many employees tend to use more electricity than they need and act less environmentally concerned when in the office.

Some of them open windows whenever they want without turning off the heater or air conditioning units. As it is, heating and cooling units already amount to the enormous energy consumption in the office. Using them in inefficient manners doesn’t help in lowering the bills.

Another familiar office habit when it comes to energy use is forgetting to turn off the lights in the bathroom or pantry. It’s also common to use appliances, such as microwave oven, refrigerator, or electric water kettle, more often than you typically would without being mindful of the expenses incurred.

Companies can thrive despite the lack of physical offices. Some samples of this kind of setup include Automattic, the mother company of WooCommerce, Tumblr, and Wordpress.com. Lower energy consumption will lead to cleaner air, fewer fossil fuels getting burned, and a healthier environment.

Extensive traffic caused by many people out of their houses to commute or use their vehicles on the road damages infrastructure. The more cars and people are out there, the higher the intensity of the damages incurred by streets and highways.

By staying at home most often, you are already contributing to the decrease of infrastructure damages. It is also safer for your health since you are not frequently exposed to outdoor pollution.

It’s no secret that it’s usually more convenient for office workers to take out or have their food delivered. Unfortunately, these often come in plastic packaging along with plastic disposable utensils.

According to the United Nations Environment Programme, plastic pollution can endanger humans and land-based animals and plants.

Since only a tiny amount of the plastic used gets incinerated or recycled, most of the waste goes to landfills and stays there for up to 1000 years before it can decompose. As a result, they leak toxic substances that merge with water and soil.

If the problem with plastic waste continues, its impact on freshwater, sediments, and soils can harm the ecosystem for an extended period.

Also, microplastics in the ground have decreased the number of living species underneath, including tiny creatures, larvae, and mites that help cultivate the land and make it fertile.

While you can still use plastic utensils at home while working remotely, there is a higher chance you will reuse them. You can also take this chance to eliminate them from your lifestyle to help conserve the environment by decreasing the amount of plastic being disposed of.

Working from home may be imposed due to the surge of a health pandemic worldwide in recent years. But this is also an excellent opportunity to assess the effects of a remote setup in making the environment cleaner and greener.

This way, people from all industries can work together to come up with ideas beneficial to the environment.

When the time comes that it is safe to go out often once more, many people could think twice before committing the same mistakes they’ve done before that contributed to the ill state of the environment in general.

The list above contains only eight items on how working remotely can contribute to the environment’s welfare. There are more benefits than what’s on this list. Still, what’s most vital is raising awareness and having as many people know of these benefits and what they can do to promote the agenda.

Recruitment Bias and How to Avoid It New Developer Recruitment

Time-To-Hire And Simple Ways To Reduce It 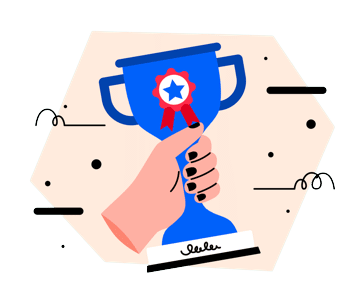