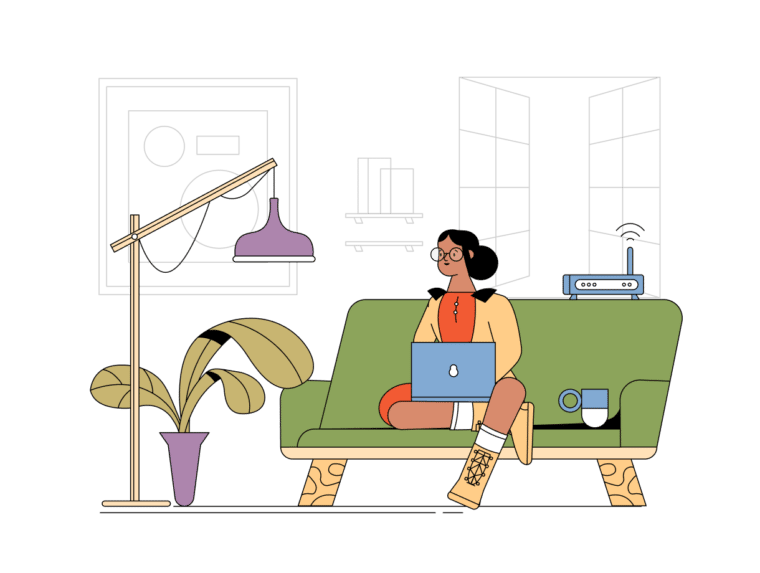 The notion that some traits of an individual are understood by the individual’s innate characteristics while others are affected by the environment (acquired qualities) is indeed a long-held belief.

Particularly in the scientific meaning of the term, innateness must be differentiated from heredity. The notion that heritability ratings reflect the extent to which a trait is innate is a common misconception.

The concept that a characteristic is inherited is now widely articulated as “in the genes”. However, genes play a crucial part in the development of every characteristic.

Let’s imagine you’re looking for new staff and you have a long list of abilities, talents, and attributes you’d want from the ideal candidate. Of course, you know that finding the ideal applicant that checks all of the boxes will be practically impossible, but how can you differentiate between the attributes that are essential for the position and those that are merely “nice-to-have”?

This can be done by examining two sorts of qualities: intrinsic and acquired characteristics.

Let’s have a look at how they can help you in making the finest hiring selection possible.

Something that is “innate” to an individual is called inherent or intrinsic.

In the same way, innate characteristics are ones that are inherent in an individual and stay generally constant throughout their lives.

For instance, if “Kian” is brilliant, humorous, and daring at 20, he’ll most likely remain the same at 50. Also, might be disappointed and fatigued at any given time, but he is unlikely to become that way for the rest of his life.

These types of fleeting feelings aren’t part of a person’s genetic makeup. They are emotions that everyone has at some point in their lives and hence are not “innate” to any one person.

Cognitive aptitude, often known as general intelligence, is one trait that stays generally stable throughout a human’s life. This characteristic refers to a person’s capacity to think, solve issues, and learn new things.

In addition, cognitive ability is among the biggest indicators of lengthy work performance. Whenever it pertains to personality tests used in the employment process, the ones that have been scientifically verified tend to examine natural abilities.

This is because pre-employment exams are conducted to assess workplace-relevant qualities and behavioral inclinations that may have a longer effect on a participant’s ability to do the job.

Many “innate characteristics” can also be character traits.

The “Big Five” or “Five Factor Model” are the 5 characteristics that continuously arise in empirical studies: agreeableness, conscientiousness, extroversion, openness, and stress tolerance.

Character tests are used to measure numerous different characteristics, but the most accepted personality test guideline uses what is known as the “Big Five” or “Five-Factor Model.”

If someone performs the examination once and then conducts it again 5 years later, they should get consistent findings.

Test reliability is the capacity to achieve the same result over time, and it’s an important factor in assessing a test’s legitimacy.

The message is that natural attributes that remain relatively constant throughout a person’s life can be extremely beneficial in determining the personality fit for specific occupations, and these characteristics are often determined through a personality evaluation.

What are learned qualities, and how are they different from innate characteristics?

Acquired features, attributes, or skills, as you might expect, are acquired or gained over time as a result of your experiences. They are not intrinsic in the sense that they are not passed down from generation to generation, and they can change with time.

Nobody is born with the ability to type quickly or code expertly. While some individuals are born to learn some talents more quickly (for example, if they are musically talented or have excellent coordination), many acquired skills are learned through a mixture of time, effort, and experience.

A variety of methods can be used to assess acquired traits. A CV can provide you with an early idea of a candidate’s learned abilities. For instance, the CV could state that the applicant has managed a team or that he has operated in a specific industry.

All of these serve as proof of a person’s acquired characteristics, such as the capacity to lead a team or display domain expertise. These learned qualities can be verified during an assessment, which allows you to assess a candidate’s degree of expertise in specific areas.

Skills evaluations that evaluate a candidate’s ability in a specific area, such as Excel or PowerPoint, can also be used to confirm learned skills.

Which of These Could Be Crucial in the Workplace?

We’ve examined both innate characteristics and acquired abilities, as well as how to assess them in job candidates. But when it comes to hiring new staff, are acquired and intrinsic abilities equally as important?

An individual’s capacity to think creatively and gain new knowledge, for instance, will help them improve in their profession over time by allowing them to gain new abilities.

Similarly, an individual’s attitude might affect employee performance and engagement in the long run. A person who is outgoing and competitive would do well in sales whereas someone who is fundamentally more introverted and analytical might do well in finance or application design.

These attributes can have a greater impact on a person’s long-term job satisfaction and job performance because they are natural and everlasting.

Acquired attributes, on the other hand, refer to the talents that a person has developed over time as a result of previous experience. Although they don’t always reflect what an individual learns in the future, they do reflect what an applicant contributes to the job from the start.

Do they already have a working knowledge of Microsoft Outlook? If so, they’ll be able to get right to work on their first workday. Is their Outlook proficiency a guarantee that they’ll be capable of learning QuickBooks in a year? Certainly not.

General cognitive aptitude, which is a more “innate” attribute, is a stronger indicator of someone’s potential to acquire new things in the future. Knowing the distinction might help you make more informed hiring selections.

Although both acquired and intrinsic traits are important for various reasons, knowing the distinction can help you make smarter recruitment decisions for your organizational requirements.

If you need to fill a position quickly and don’t have time to teach a new employee, acquired skills might just be a top priority for your applicants. Meanwhile, inherent attributes such as personality and cognitive aptitude are crucial if you’re seeking workers who will stay with your firm for the long haul and will invest time and resources in educating your staff.

The various features that constitute an individual’s character are commonly referred to as traits. According to the trait theory, our personalities are made of a variety of broad characteristics.

Extroversion (sometimes called extraversion) is a character trait that explains how humans communicate with the outside world.

Some people are particularly gregarious and extroverted (or extraverted), whereas others are more shy and quiet. Personality traits were thought to alter relatively little over the lifetime of a person until lately.

Recent longitudinal research has discovered that personality traits are more subtle than previously thought and that certain behavioural changes also can occur gradually.

What would you reply if someone requested you to come up with a list of personality attributes that best represent yourself?

You might say something like “friendly,” “strong,” “nice,” “timid,” “outgoing,” or “ambitious.” If you were to construct a list of each and every personality feature, you’d most likely come up with hundreds, if not thousands, of different phrases to describe various parts of the personality.

Gordon Allport, a psychologist, once compiled a list of character qualities that included almost 4,000 categories. All throughout psychology’s history, the question of how many personality qualities there are has been debated although many psychologists today depend on what is recognized as the big five approaches to personality.

Personality is made up of five major dimensions, as per the big five paradigms. On each of the five main traits, people’s personalities might be either low, high, or somewhere in the middle.

The following are the five characteristics that make up personality:

Whenever it pertains to personality, which is more important: innate characteristics or nurture? How much would your genetic material play a role in your personality?

Researchers have studied families, twins, adopted children, and foster families for decades in order to fully understand how much of individuality is hereditary and how much are external influences.

Even though a handful of major longitudinal studies recommend that there is indeed a strong genetic component, both genetics and environment can play a significant role in character.

Between 1979 and 1999, the Minnesota Study of Twins Reared Apart looked at 350 pairs of twins. Fraternal and identical twins who were raised together or separately were among the participants.

The findings demonstrated that identical twins’ personalities were comparable whether they were reared in the same home away, implying that genetics influences some aspects of personality. This isn’t to say that the environment has no influence on personality development.

According to twin studies, identical twins share roughly 50% of the same qualities, but fraternal twins only share about 20%. Personality traits are complicated, and research reveals that both genetic and environmental variables influence our personalities.

These two forces work together in a number of ways to shape our distinct identities.

Change is tough when it comes to many of the broad, dominating qualities. When it does happen, the alterations are usually quite subtle. A person who is very extroverted, for instance, may grow more reserved with time. This does not imply that they will become introverts. It merely signifies that the person’s openness to experience has been marginally altered as a result of a subtle adjustment.

The person is still sociable and friendly, but they may find that they appreciate solitude or quieter situations occasionally.

An introverted individual on the other hand might find that as they get older, they get more outgoing. This does not imply that the person develops an insatiable need to be the focus of attention or devote every Friday evening to a massive party.

However, this individual may find that after spending time socializing, they come to enjoy social activities a little more and feel lesser fatigued and drained.

In both of these cases, the person’s essential personality feature has remained unchanged. Instead, small alterations in these core characteristics have occurred over time, frequently as a result of interactions.

Roberts and his colleagues explained a few key concepts developed from personality research in their guidebook of personality:

Behaviors are just an individual’s response to a stimulus. As a result, people and animals have two primary categories of behaviors: intrinsic and taught behaviors.

The Different Types of Pre-Employment Tests You Should Know

Why Are Job Interviews So Fake? Here Are 4 Reasons

What is Reliability and Why Does it Matter