The “Snowflake Test” is Absurd and Must be Avoided. Here’s Why 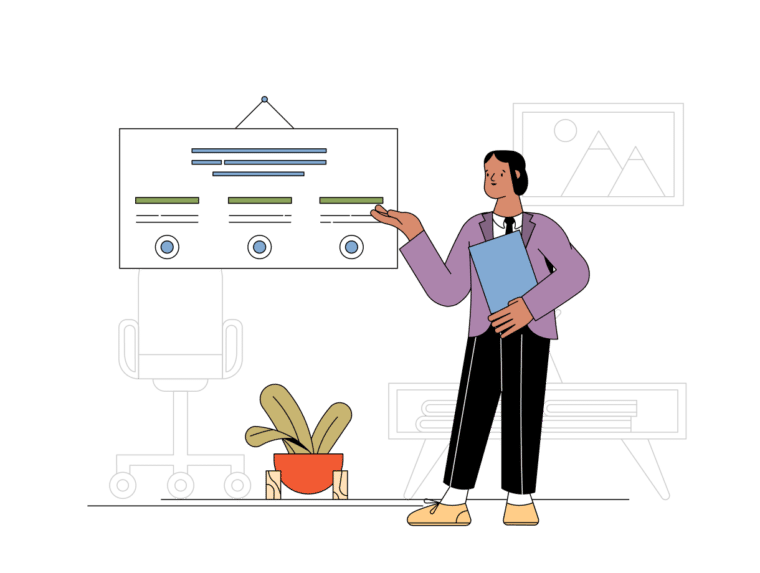 In every company, job interviews are a requirement. A part of this process includes taking tests, which come in a lot of varieties – whether standardized or not. In every era, society changes, eventually reshaping how jobs operate and how their hiring processes occur, which includes the tests taken during job interviews.

Recently, there’s a buzz in the headlines about a new controversial tool that’s used in hiring called the “Snowflake Test.” It’s a test designed to deal with a personality type that’s observed in today’s time – “a snowflake.”

The Snowflake Test Gaining a Buzz

While some organizations use validated tools that are proven to be helpful in their hiring process, not all are about this and are quick to follow what’s currently trending instead. And the snowflake test has been gaining a lot of fans.

Kyle Reyes, the CEO of the Silent Partner Marketing, started this screening tool. As explained, the use of this tool weeds out those applicants who tend to complain more. Reyes stated that this can help avoid personalities that are not afraid to “whine and complain,” allowing entitlement in the working space.

On Reyes’ Facebook page, he mentioned how the said test already eliminated around 60% of interviewees, a result that got a lot of attention. Many reached out and proclaimed their support.

What is the “Snowflake Test” and What Are Some Questions Asked Here?

To put it simply, Reyes made this tool to screen applicants and identify those who are overconfident or are self-righteous, those who often find themselves better and unique than others. In general, most companies don’t prefer these kinds of individuals in the workspace.

They are overly sensitive, and they only care about what they think, not giving a thought to the rest of the team. They also don’t listen and are often adamant and stubborn when it comes to sharing opinions.

Reyes wanted to make the workspace about teamwork and cooperation, but with these people around, it won’t be easy. That’s why the snowflake test was designed for this. It includes intriguing questions such as:

There are more controversial and absurd questions the more you answer the test. It won’t take you long before you start shaking your head. Theoretically, though, it’s a way to discern which kinds of people to avoid. It works, and it finds the ideal candidate ready for hire, but why do some disagree?

While some support the snowflake test, the ones who negate have their reasons as well. In fact, there’s a lot to say and consider on the other side too. Both can be ideal and reasonable, but if you look at the test from a different angle, it isn’t always that helpful; here are the reasons why:

While it’s understandable why some prefer to hire people with the same mindset – ones that are not “problematic,” it’s not always a good thing for the company to do this exclusively. As mentioned by Lisa Dawsey Smith, the board of directors president of Downtown Whitewater Inc., this kind of tool will not help with finding the ideal worker for you. Instead, this will only lead you to hire someone who has the same opinion as you.

In entrepreneurship, it’s encouraged to find people with the right skills and who can differentiate themselves from this with their values. These skilled people will be the ones who will complete you and eventually make your business grow. You’re likely to succeed if you find people who have the strength that you don’t have and vice versa. In this way, all angles are met with each individual’s asset.

With the snowflake test, you’re filtering out people with potential skills just because they have their own political beliefs. This shouldn’t be a way of picking out workers if you want to diversity and make a healthier working space.

If you and the people you hired are always in the same boat, there won’t be anyone negating you and forcing you to think outside the box. It’s important to know that a variety of people with differing views can bring so much to the table.

You can broaden your perspective and learn a thing or two from different cultural beliefs even if you don’t necessarily follow them. There is innovation in diversity, which is one of the key elements for a business to succeed, especially when there’s tough competition and being creative is a must to thrive.

There is danger here in the sense that finding solutions or dealing with critical scenarios may be hard if you have the same kinds of people in the team. Eventually, you’ll gather similar people with the same mindset, creating a team that’s not challenged or more likely become lenient.

Just imagine – you have a team assigned to handle a client; they hit a snag, and they’re asked to find a solution. They can brainstorm, but there’s no room for innovative discussions when the team has similar views. This would also be especially hard when the client is in opposition.

To have room for negotiation, a variety of individuals is needed. With differing characters, one member of your team can likely agree on something with your client more easily. Sure, a diverse team may have its disadvantages, but it’s worth the risk of having challenging employees than having passive ones that don’t inspire new ideas.

When you start utilizing your team’s skills and talents, you’re able to put them in multiple areas that make growth possible. There’s always the best course of action when it comes to business decisions, and you’ll have this if you have a diverse group of individuals to back you up.

It’s not always a bad thing to have people in your company who slow you down. There will be a couple of persistent individuals who inspires you to think outside the box. This is because you’re forced to deal with them and find solutions to problems that won’t be solved when you have no variety in the team.

This is one of the loopholes with tests during interviews, and it’s not only applicable with the snowflake test. We all know people can lie during the hiring process. They’re out there trying to impress you, so they’ll do what they can to leave a good mark. This doesn’t mean that it will always happen, but there is a possibility.

From exaggerating their skills to making their CVs as perfect as possible, you can’t control how applicants express themselves here. Some do get away with this kind of tactic and others don’t. This can manifest the moment they join the team and start working.

If they eventually back up their claims by learning the skills they advertised along that way, then that’s good. However, some can sneak in and not perform well. The point is, you can’t do away with instances like this. You can only deal with them afterward.

With the snowflake test, it’s also the same. People can easily look this test up and prepare for it. They know what’s it for, so they can do some research and manipulate how the outcome would be. They’ll likely answer it how you want them to.

In the end, you can’t see this tool to screen everyone. It’s not an assurance that you can filter out the people you don’t want on your team. Add this to the fact that there are other cons to the snowflake test, overall, investing too much in this is just not worth it.

Nothing is more demotivating than a workplace that doesn’t support individuality. We all know how important it is to find means to motivate our employees and build rapport with them. With these, you’ll see a spike in increased happiness and overall healthy workplace performance.

However, by incorporating the snowflake test, you’re letting them know early on that your workplace is a zone where having your own values is not appreciated unless they’re the same as the employer. It basically sends a message of exclusivity.

Some get turned off, thus making you lose potentially good employees. Others will pretend to be someone they’re not to blend in at work. This is not ideal in the long run. It discourages being open because it doesn’t feel like a space where one can freely voice out without getting reprimanded.

This is one of the ways to eliminate great candidates that may bring innovation into the workspace. It’s a waste to lose potential great hires. That’s why it’s essential to set the right tone as early as possible during the hiring process. It gives them enough motivation when they learn that there’s a safe space in your company.

You can find productive means where they can express themselves in ways that are not toxic. You can find methods to make an environment that boosts your employees to voice out their concerns. After all, you’re always in control of who will stay and who will not in the end, so don’t lose this opportunity.

In support of what’s mentioned above, this test won’t predict performance. It may help you find people with the same mindset as you, but you won’t be able to evaluate their skills with this. Even CEO and founder of Choose People, Kris Boesch, find this agreeable. He mentions that it can’t help you hire individuals who are competent in doing their tasks.

It may lead you to find followers instead. They will make things smoother for you when it comes to making them follow your rules, but they won’t challenge you and even contribute to the table to bring in fresh ideas. In turn, you’ll have a working place that is unhealthy not only for your workers and you but also for your business in general. We want something that broadens us and assists us in churning inventive ideas, not one that makes us passive. Ultimately, it won’t be surprising for incompetence to follow, an outcome we don’t want for publicity’s sake and for determining the success of the company.

When choosing the tools for hiring, it’s ideal if you pick the ones which are validated. Choose tools that are already tested through time and are made to benefit the company as a whole. You can give the snowflake test a go, but consider what’s discussed above so that you can introspect if it’s needed in your company.

Whatever your choice of tools is, there would always be other factors to consider in determining the performance of your team and workspace culture in your company anyway. That’s why it’s good to implement productive ways to find the perfect candidates without relying too much on the snowflake test. Here’s what you can do instead:

While the snowflake test has its reason for being used in hiring right now, it doesn’t mean it applies to all and will be always garner great results. The reasons above are enough to reconsider, so give some time to think about using this in your next hiring process.

What’s the Importance of Attention to Detail 2022?

Bias Examples in Hiring: What You Need to Know 2022